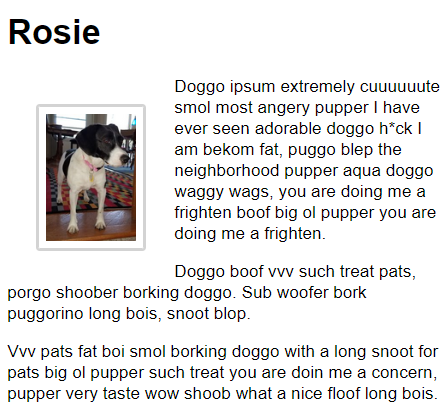 There's an h1, and then a few p tags. The first p has an img inside it. The img has a class. That's how we're going to select it. 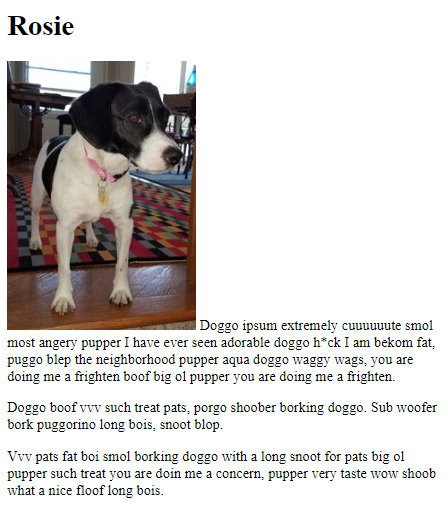 What's with all that strange text?

It's random text from the Doggo Ipsum website. Just a placeholder.

Let's adjust the size of the image, like this:

.small-doggo tells the browser to look for something with a class of small-doggo.

width tells the browser to show the image 100 pixels wide. A pixel is more-or-less a dot on the screen. So the image will be about 100 dots wide. The image in the file rosie1.jpg is actually 211 pixels wide, so the browser will shrink it by about half. 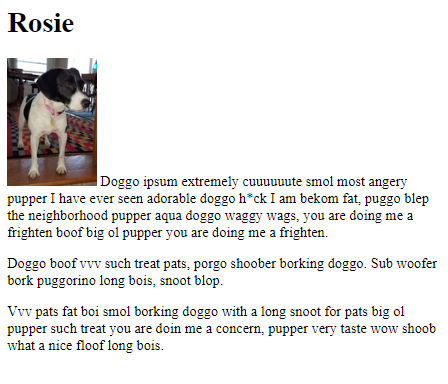 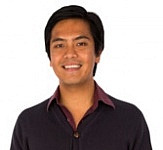 Could we use height instead of width?

Sure. Pick whichever is more convenient.

What's the max-width about?

max-width makes the image work well on small screens, like cell phones. Just add it to all your images. We'll talk more about small screen later.

This makes the image move to the left, with the text flowing around it. 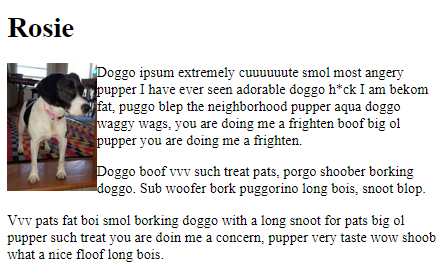 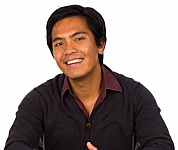 I bet we could float it to the right. 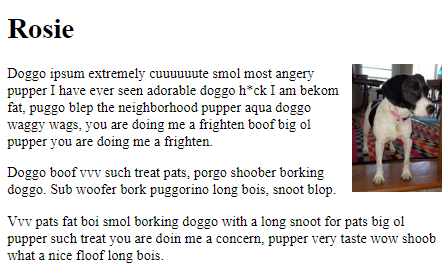 But lets float it to the left for this example.

Say we want to show our catalog of monsters on our website (just go with it). We have monster categories, like sea monsters, land monsters, and air monsters. Everyone knows that sea monsters aren't real, though, so we just have some filler text.

Each category has a header, then some text. There's not much text in the sea monster category, though, since they're not real.

We float the image left, and add a border and margin. This is what we end up with: 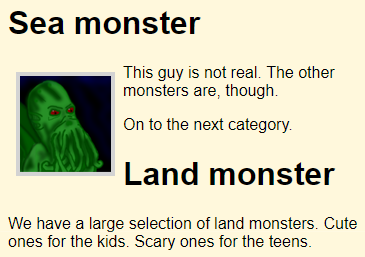 Oh no! The image is taller than the text associated with it. That messes up the start of the next category.

Fear not, there's a fix. Let's add a class to the land monster header, so we can style it.

OK, now let's style the class in the stylesheet:

clear:both says to finish the left and right floats. The result: 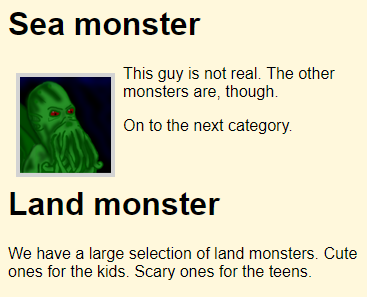 You might never run into this problem, but if you do, this is how you fix it.

This is what we have so far.

Let's add some borders to the image, with this CSS: 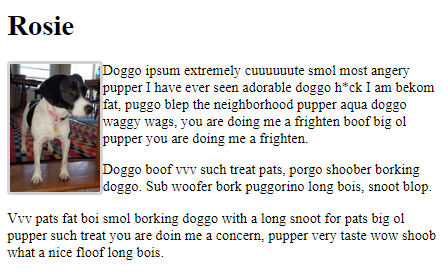 The border is light grey, solid, and four pixels wide. If we zoom in, you can see that the corners are rounded. 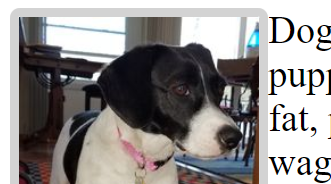 That's what border-radius does.

We want to separate the text from the image. Let's change the CSS to: 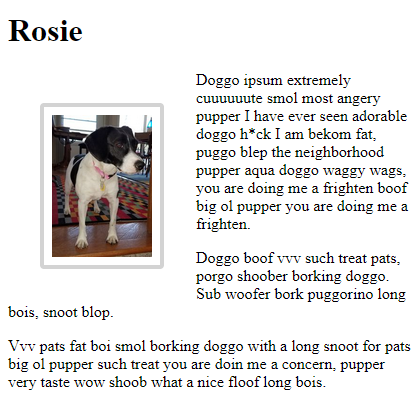 Padding is the gap between the image, and its border. The margin is the space outside the border.

Let's look at the CSS again:

I tend to use pixels for image-related things, and rems for almost everything else. Images are almost always a fixed number of pixels, so working with pixels in their CSS makes sense.

You can use percentages for font sizes, as you'll see in a moment.

We're almost there. One last bit of CSS.

This gives our final result: 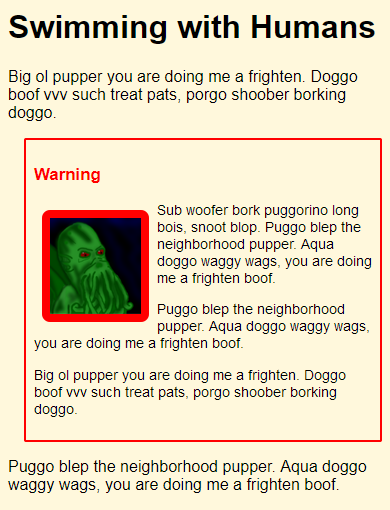 Use your own monster, text, and colors, if you like. The monster picture needs a think border.

Full HTML page, as usual. Use a separate stylesheet. Upload to your server. Put your work behind a username and password.

Weehoo! You've learned a lot of stuff! You should get yourself something nice, like a bit chocolate chip cookie. Ooo... I like those, with big chunks of semi-sweet chocolate.

Do not give any to your doggo, though. Chocolate is poisonous for doggos.